(Nothing Neo-Renaissance about today’s post other than the concept of taking an idea and running with it until it has ballooned into something quite different from what you started with.)

As an adult, I’ve never been a big fan of Halloween, especially kids going house to house asking for candy. I understand the roots of the tradition, the “Give me a treat, or else we play a trick on you or the goblins will get you or we’ll TP your tree.” But that tradition has morphed into a ritual of robotic kids being shepherded down the block by ever-protective parents, knocking on a door, saying “Trick or Treat” like it’s way too much effort to expend for a piece of candy, collecting their sugar- and fat-laden loot, and moving on.

The little kids are cute enough. For them, it’s still a big, amazing, scary adventure to dress up in a costume and have us unsuspecting adults pretend to believe that little Johnny is Spiderman or little Janie is Elsa from “Frozen.” That’s all great, and I love the little kids. The excitement and wonderment of it all are fun to witness.

What grates on me to the point of dismay at the crassness and disinterest are the teenagers whose idea of a costume is a weird hat or a glob of face paint or a Groucho Marx fake nose and glasses. They haul king-size pillow cases from house to house as fast as they can with the sole objective of collecting a gigantic pile of empty calories. If they even bother to thank you for your largesse, you feel like you’ve made a personal connection with them. There’s no wonderment, no excitement, no adventure, no scare. 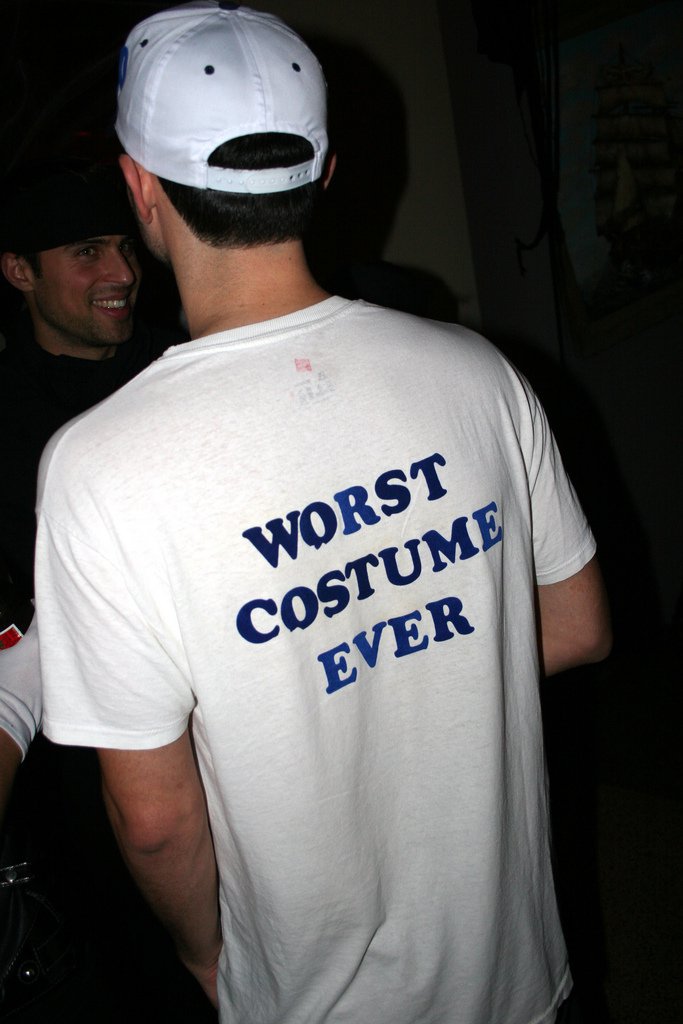 That’s why I’m all for Halloween parties held at central locations like schools, churches, community centers, etc., where kids can go for a safe, less-caloric party, do some real interacting with their peers, maybe participate in some Halloween traditions like costume contests, setting up and walking through “Haunted houses ” or “Haunted rooms” or whatever. Then maybe have a little bit of candy or some other Halloween treats like caramel apples and call it a day.

The kids in our immediate neighborhood have all grown and gone, and there aren’t that many “outside” little ones to make Halloween treats worth buying and then waiting all evening for 5 kids to come by, so my wife and I developed Plan B.

We decided to not encourage or endorse the door to door candy collecting on Halloween by going out to dinner. We’d pick a place within an easy 30-minute or so drive, take our time going and coming, and return about 8 pm, when most T or T’ers have made their rounds.

The dinner tradition started several years ago, and we’ve enjoyed it. Because Halloween fell on a Saturday this year, I got it into my head that maybe we could expand our tradition and go on a day trip, perhaps stay overnight somewhere, and get a bit of R and R outside our normal routine.

Then my wife said she could burn a few vacation days before year-end, and the overnight became a long weekend. She is a quilt fanatic. I’m a golfaholic. The logical solution for us is to find a place that offers both. We settled upon Lincoln, NE. It is home to the International Quilt Study Center & Museum, which contains the largest known public collection of quilts in the world. Not far from Lincoln is reputedly one of the best golf courses in the country, Woodland Hills, according to a leading golf publication. So our itinerary was set …

…until I realized that Kansas City is not far from Lincoln, and I was developing a craving for some classic, authentic KC barbecue. They have plenty of golf in the KC area, many quilt shops, and dozens of great barbecue joints. We’d visited KC a few years ago and thoroughly enjoyed ourselves, especially the BBQ, so we decided on two nights in Lincoln and two in Kansas City.

Four days, 1250 miles, one quilt museum,  half a dozen quilt shops, and three rounds of golf later, we’re home and rested and ready for the rest of fall. According to my wife, the quilt museum was spectacular. 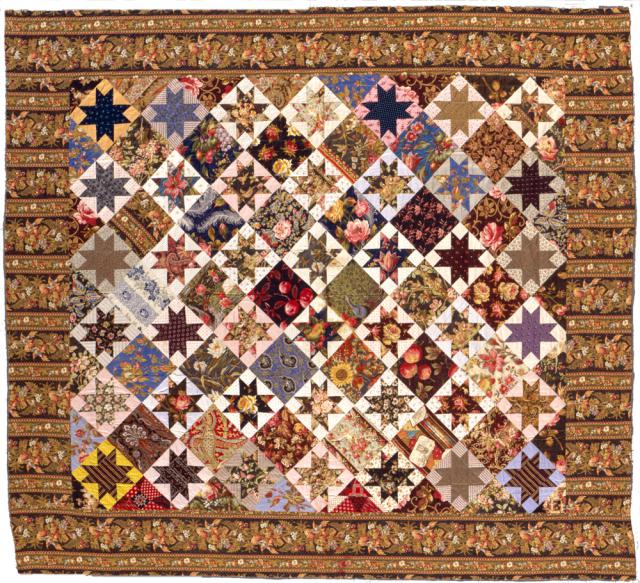 The Lincoln golf course impressed me as a shadow of its former great self, which happens to courses if the economy gets bad or management changes hands. It was a pleasant course, good golf holes, nice rolling countryside setting, but not one of the best courses I’ve played. Probably not even in my top twenty.

The two Kansas City area courses I played were good. I hit Dub’s Dread the day after heavy rains, so it was quite soggy but a good test of golf. The second course is a municipal course in KC proper, Swope Memorial, designed by one of the great golf course architects of the early 20th century, A.W. Tillinghast. A small gem which was my favorite of the weekend. 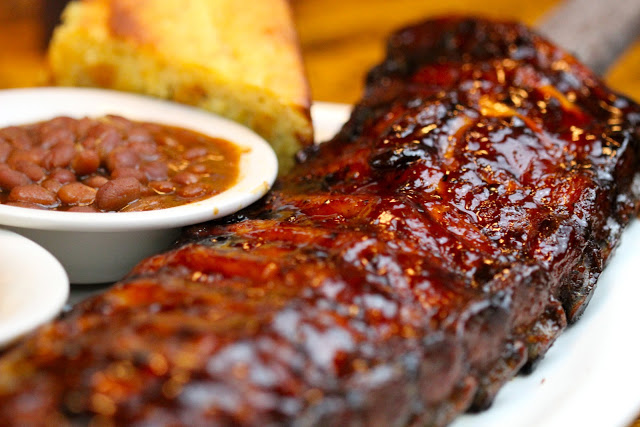 Best of all was the barbecue. We hit a very decent place in Lincoln, Phat Jack’s, that had killer pulled pork, first-rate brisket, and very tasty barbecued beans. In KC, some of the best ribs I’ve ever tasted were found at Joe’s Kansas City Bar-be-que. I also loved their coleslaw and baked beans. No trip to Kansas City is complete without trying some burnt ends, so we hit Burnt End BBQ for our last dinner. The burnt ends were terrific. My wife had a Burnt End Bowl, which combines beans, cornbread, burnt ends, and crispy fried onion straws in one large bowl, almost like barbecue stew. She loved their beans the best. I thought all three beans were good, but I favored Joe’s.

A bonus: we got treated to impromptu fireworks displays visible from our hotel room less than 30 seconds after the Royals won the World Series Sunday night. 🙂

The good news is, I didn’t gain too many pounds over the weekend. The bad news is, you can’t travel, golf, visit quilt shops, and eat barbecue every day (and still have it be enjoyable, at least). It’s always good to get home and settle back into a routine. These days, just getting caught up on email after a long weekend can take hours, but sleeping in my own bed … priceless.

My question for you is: when have you started a new tradition, habit, hobby, or _____ that has gotten a little out of hand and perhaps taken on a life of its own?