Nothing else to say but “Here’s my new cover reveal for the third Matt Lanier mystery-thriller, Dangerous Straits.” 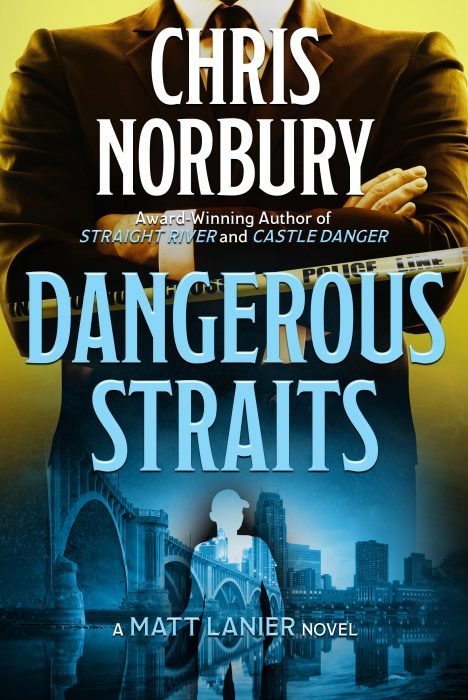 Back cover blurb (in progress)

Matt Lanier used to be a world-class musician. Now he’s a homeless fugitive suffering from PTSD and wrongly accused of murdering a cop. He survives by playing guitar on the streets of Minneapolis for spare change.

His downward spiral started when he uncovered a multi-billion-dollar land-grab conspiracy orchestrated from afar by Leland Smythe, a ruthless real-estate magnate. To regain any semblance of a normal life, Matt must prove to the authorities that the conspiracy is real. Because Matt knows too much, Smythe wants him dead.

David had better odds against Goliath.

Physically and emotionally scarred after surviving multiple murder attempts, Matt decides to end his year-long losing battle against Smythe and start fresh with a fake identity. He’ll do anything to obtain it. Even if that means turning to crime.

But when an unlikely ally arrives at the last minute, Matt is forced to make a crucial decision—either live a lie for the rest of his life or go up against Smythe one final time.