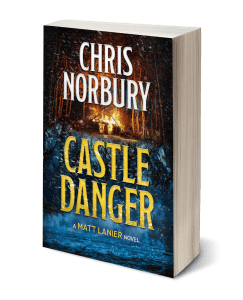 Do you belong to a book club that is reading or has read Castle Danger? Great!  I’ve prepared a list of discussion questions you can use to stimulate discussion about the book. Feel free to copy and print this as you like. If you prefer, download the PDF here: Book Club Discussion Questions for Castle Danger by Chris Norbury.

Need copies of Castle Danger for your club members? Click below to find your nearest local bookseller.